Our unwavering focus on improving corporate governance has led, in particular, to changes in the Board of Directors, the body responsible for the group’s strategic oversight.

Not only do these changes reflect national and international best practices and developments in ECB and Bank of Italy regulations, but they are the result of our board assessments.

Changes in the board’s composition

Appointed on 28 October 2020 and in office until the approval of the financial statements at 30 June 2023, the current Board reflects a break from the past in terms of its composition:

Independence is a key element in our decisions and corporate governance, both within the parent company’s Board of Directors – whose members meet specific independence requirements (independent Directors make up the majority of the Board) and in our subsidiaries, where it is our long-standing practice to appoint independent members.

9 out of the 15 board members currently in office qualify as independent under the requirements of the Italian Consolidated Finance Act (“TUF”) and our Article of Association. We assess their independence annually based on the information they provide and considering any relationships that could compromise their independent judgement.

Article 19 of the Articles of Association establishes an unequivocal definition of independence, aligned with the new Code of Conduct for Listed Companies as recently revised. The board of directors assesses the independence of its non-executive members annually, and a director is not independent if they: 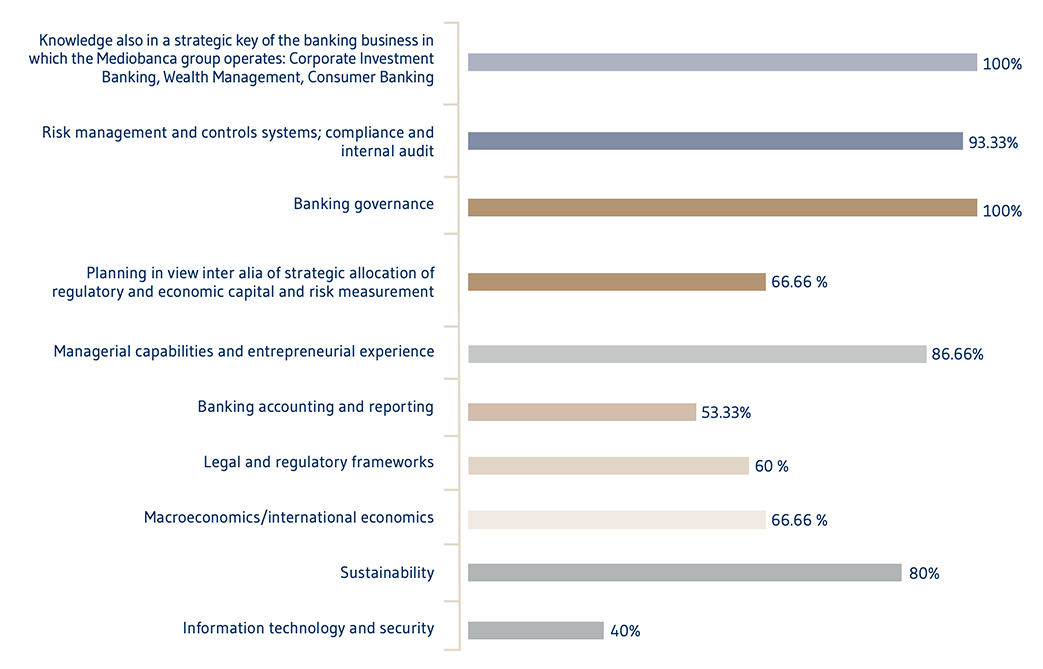 A breakdown by gender, age bracket and number of years in the role is provided below: 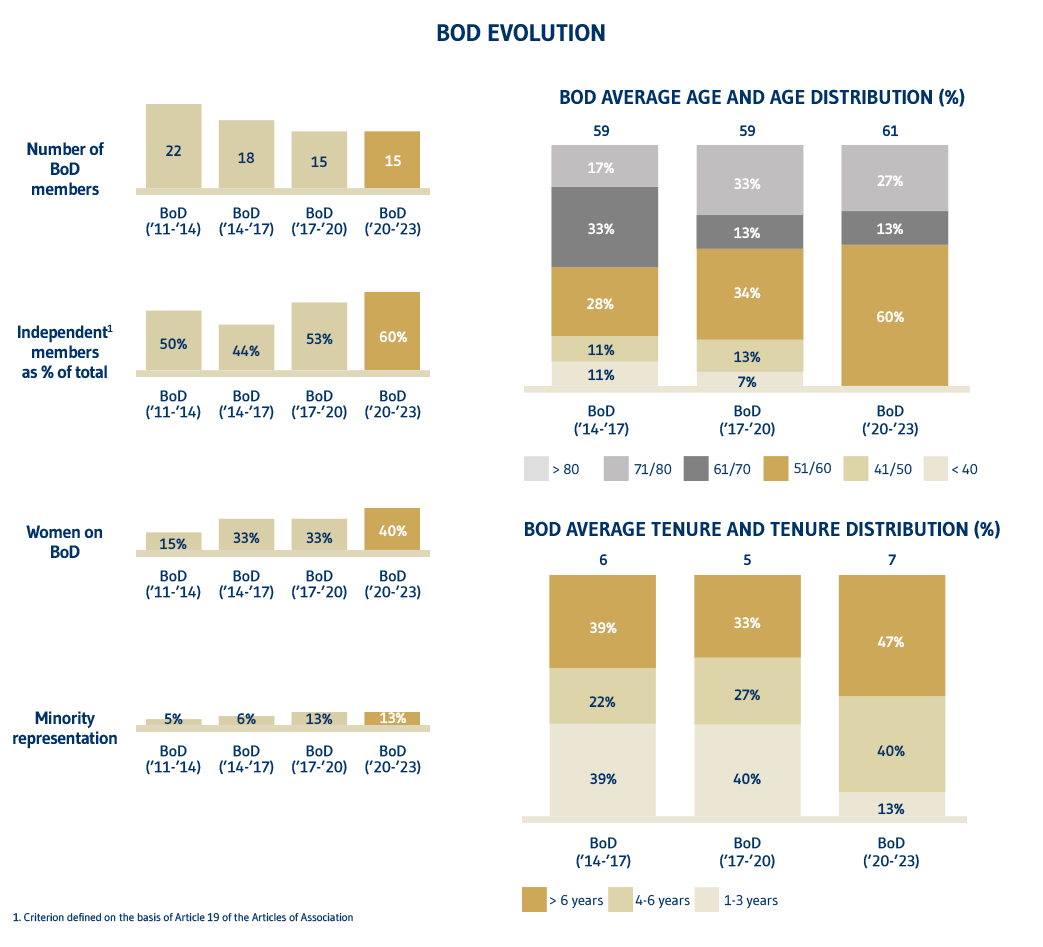