Business and profitability indicators picked up quickly in 3M FY 2020-21 despite seasonal factors due to the summer months, driven by the Group’s strong position with the most resilient client brackets (households and SMEs) and helped by strict risk management.
Results beat expectations, reflecting:

At the divisional level, there was significant improvement in CIB which offset the consolidation in Consumer Banking and PI; while the WM contribution has continued to grow. 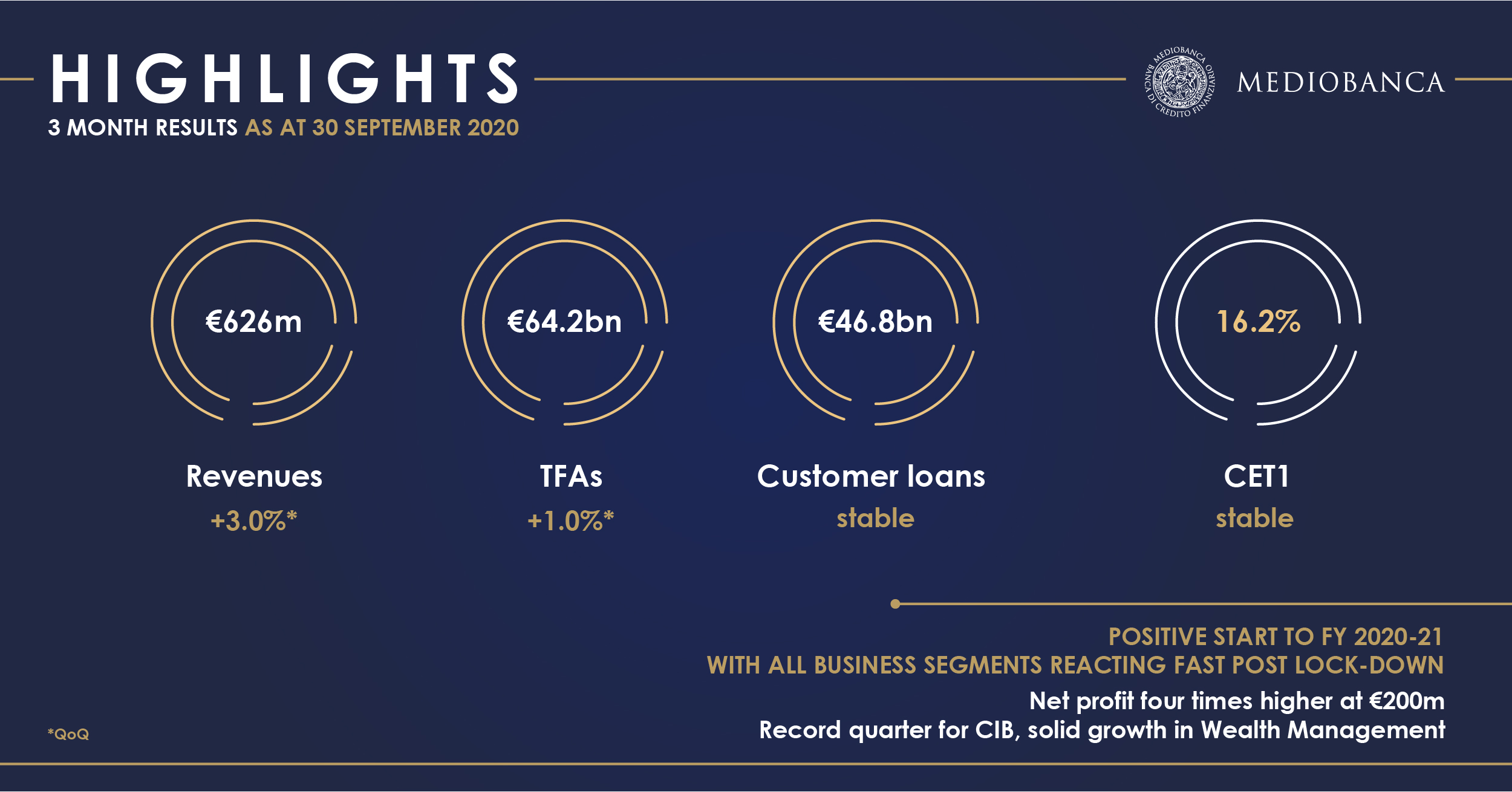